It’s a beautiful summers day in 2010 on the streets of Dublin, Ireland. I’m speaking to the manager of the HMV music store on a crowded Grafton street. He agrees it’s better to set the band up outside on the street instead of the usual in-store gig at the back of the shop. A semi-circle of people, three then four deep formed around us before the second song was finished.

Among the crowd that day was a young German couple, who bought a copy of Outside Looking In. Days later they would return to their native Cologne, Germany, record in hand. As for the band and I, we would spend the next 12-14 months touring, Canada, Egypt, Ireland, the UK and USA.

In the summer of 2011 an unexpected email came through from our German fan. He requested that I fly to Cologne and perform at a surprise birthday party for his new bride before an audience of family and friends… After some consideration I grabbed my guitar and backpack and hopped on a one-way flight to Germany. 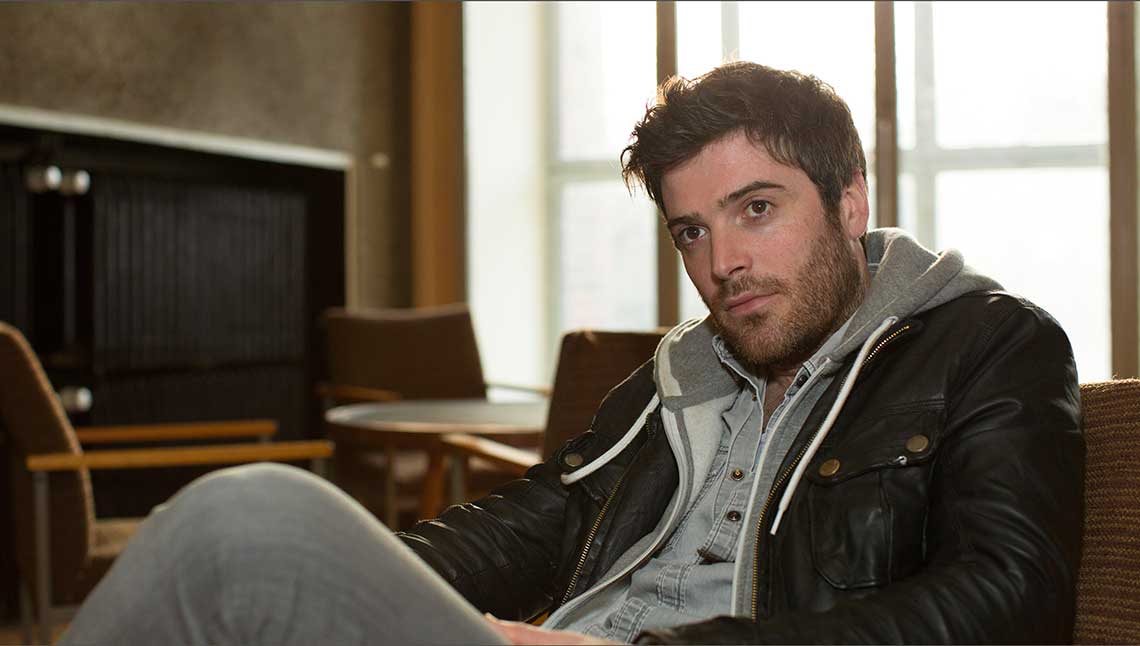 Leaving my happy German fan and some new ones, I jumped a train to Berlin to investigate the rumours of the inspiring creative scene there. This was a journey into the unknown for me but I felt the need to isolate myself from my comfort zone in Ireland. In typical Berlin fashion I would spend the next three months living the bohemian life immersed in songwriting and busking in the infamous Maurer Park every Sunday morning. This earned me just enough money to rent a room in a shared apartment in Neukölln and inspired me with content for a new album.

The onslaught of Winter was hard and something my outdoor show was not prepared for. If I was going to stay I would have to find a new way of earning my living. So, like many other generations of Irish emigrants gone before me around the globe, I headed down to the Irish bar in search of survival. The Oscar Wilde was and still is to this day one of the oldest Irish bars in East Berlin.

There, I met a well known man within construction circles. When he asked what I did, I told him I was a musician. “I have no work for a bloody musician” he replied. He paid for my beer, which was generous, then left. Assuming that was the last I would see of him, I was surprised when two weeks later I received a call from him asking if I was interested in working construction in Saarbrücken, a small city in the South of Germany. I was desperate and needed some quick cash to keep me ticking over, so I said yes. The agreement was to work for six weeks, twelve hour days, six days a week, in return, a fine weekly wage by any professional standard.

Music was pushed to the side other than the drunken sing songs on the Sat night down at the local. The men loved it but noticing the deterioration of years of practice got me down. I began refusing to play. The only time I played in this period was on a Sunday when alone in my hotel room. A heavy work schedule lasted 18 months in total. Without the stimulation of my creative side I often asked myself “How did you end up here?” It was because of these exhausted lows that I found my will and focus growing all the stronger. I had to finish the record.

Upon my return to Berlin I met with Fabien Leseure, a French music producer.

“I want to make a folk record” I said.

To which he replied, “That’s nice!”

He asked me if I had the songs.

Over the next two years I worked a day job, and recorded at night, sometimes finishing work and going straight to the studio not leaving until it was time to go to work again the following morning.

In mid 2013 I booked a session to throw down five songs, three with a rhythm section the two remaining songs solo. Only two tracks from this session made the final cut of the record, Tomorrow’s another day and Blue Valentine, which happen to be the two solo tracks. I remember lying on the couch at 5 am Sunday morning in the hallway. Strumming the guitar in a dream-like state, I hardly noticed Fabien setting up the mics around me. Before I knew it Tomorrow’s Another Day was down.

After that session Fabien and I agreed we were more productive working as a duo alone in the studio without the distraction of others, and decided to work on the arrangements, playing all the instruments ourselves. We continued this process for the next 12 months, experimenting with old vintage Moggs, Mellotrons, synthesizers, guitar sounds and organs trying to shape and mold a folk record into something more than just a folk record.

At times it seemed we were losing our way, mainly due to the irregularity of the work pattern. The stop-start approach was taking its toll, but without a proper budget in place it was the only choice. It wasn’t until the creation of Boy, a confusing time signature on the verse with a Motown-like chorus and Radiohead-like end section that things suddenly started to take shape. Preachers came along next and then the title track Gilded Bird.

A local blues bar called Sandman, was not only a place to recharge my spirit but also became a great recruiting ground. It is a special place where a lot of musicians pass through in Berlin. I used to grab a beer and make my way to the free pool table and listen to artists from all over the world drunkenly jam together. It was here I would find the boys who played on the record. Using the previous 12 months work as guides, on September 2014 we went into the old Stasi radio broadcasting studios known as the Funk Haus and laid down the record,in some cases keeping the original demo versions.

The plan was to get the record out in Feb of 2015 but destiny would have one last offering for Gilded Bird. I returned from some short travels in Thailand in March, called up Fabien straight away and shouted down the phone “We’re not finished!”.

Bleeding For Two, a song penned over several beers in a foreign landscape was recorded, Artwork from Matthis Winde and graphic design by Carlos Rodriguez Torre captured its essence and Gilded Bird was finally complete. I look forward to wherever it takes me.