Just wanted to say a big Happy Christmas and a big thanks to you all for your continued support throughout 2009. This year has been a great learning curve for me and one full of adventures. 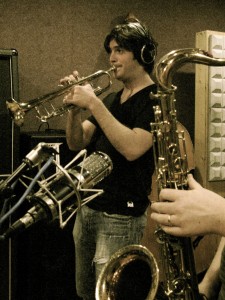 Recording Brass on Falling Into You

Beginning in the studio, putting the finishing touches on my first EP ‘Hired And Fired’. It’s release then brought along my first tours in both Ireland and the UK, notching up 30 live shows up 20 radio sessions including 9 BBC shows. 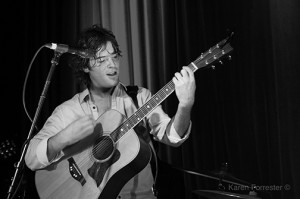 During the summer I launched my very own iPhone App for free download and played to full houses in both Dublin and Cork. On a return trip to London I recorded one of my acoustic sets and released it as a free download through my website. 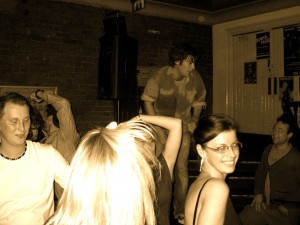 The ever crazy, ever brilliant Sunday Roast!

My highlight of the year came in September, when along with my band, I headed to Egypt on a 2 week tour. I was not prepared for the welcome we received. We performed on average for 2 ½ hrs each night and by the time we got home the band had really come into its own. 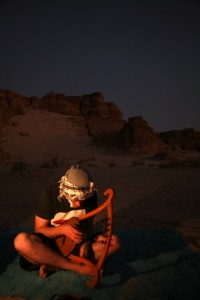 Simon trying his had at the Simsim¯iyya, a Bedouin instrument

In October I released ‘Falling Into You’, which still sits on the RTE Radio 1 playlist after more a month. Capping off the year with performances on Today with Pat Kenny and Newstalk’s Weekend Blend; a showcase in London’s prestigious Met Bar and supports to Laura Izibor and Luan Parle. 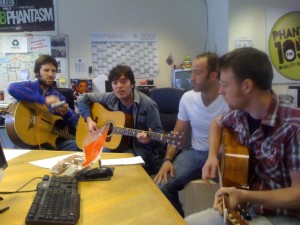 Warming up for the Kisok on Phantom FM

I’m just home from a rehearsal, where I brought two new songs two the band. Going by the sound emerging from the rehearsal room, I’m getting very excited about the whole project. 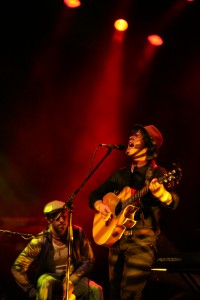 A lot of ground was covered this year but 2010 is looking like an even busier year with the album promotion, tours of the UK, Ireland and Egypt. Who knows we might even be in NY… watch this space 😉

Again, thank you so much for your continued support for 2009 and I look forward to seeing you all at the gigs in 2010. Before I sign off, I’d like to pay special thanks to the people behind the scenes that are making all this possible. In particular: Andrew (my manager); Finola (Egyptian tour manager); Quzer (Egyptian media and mayhem manager); Ailish (radio and press plugger) and last but not least; Paddy, Peter, Ben & Gary for becoming great friends as well as band mates.

May you all have a cracking Christmas and a wonderful New Year.
Utmost best wishes,
Simon.

Christmas Cracker Joke:
What toffee does Santa like? …. A chu chu chu bar!
(If you think you have a better one, then please post it below.)